I am now a regular at Ubuntu support forums. I find it very exciting to learn new things that I can do with my free operating system. Few days ago, I came across this poll.

What do Ubuntu users feel should be the default web browser in Dapper?

Before switching to Ubuntu/Linux I was already using Firefox on Windows XP. So it was nice to see the same thing in Ubuntu and it never occurred to me that I should consider using other browsers like Epiphany, Galeon, etc. Opera was out of question as I used it with Windows and didn’t like it.

After installing Epiphany and Galeon, I launched Epiphany first. Since I had already read the forums so I had a little idea of Epiphany in my mind, but it surprised me. It looks like Microsoft’s Internet Explorer, just a little more cute and simple than Internet Explorer. It has cute large icons, a very simple interface and it is easy on eyes. This was my first impression of Epiphany. I typed in a random URI and it loads pages quickly.

It has an Up button which takes you to parent folder of the web directory you are currently viewing. For example if you are viewing http://www.example.com/2006/04/page.html the Up button can take you to :

I liked this feature but it doesn’t show up by default you will have to add it from Edit > Toolbar or you can use it from Go menu. Epiphany doesn’t show the little orange icon in the status bar to indicate that the page displayed has RSS feed(s) to offer. Firefox has this little utility which saves time when you want to bookmark an RSS feed.

Epiphany also has some problem displaying Urdu unicode text which Firefox displays perfectly but Epiphany displays these pages in default fonts not the fonts specified in stylesheets. I know there must be some help available to solve this issue but since my daily browsing includes many pages written in Urdu unicode text so Epiphany is not useful out of the box for me.

Apart from discussion on Ubuntu Forums I found this article from Newsforge it was published some two years back. Epiphany is still not getting approval from Gnome Desktop users.

Epiphany is no more available for download. Gnome has rebranded it into a new web browser which is simply called the web. It is a simpler, cleaner, and much faster browser and it integrates beautifully into Gnome desktop environment. 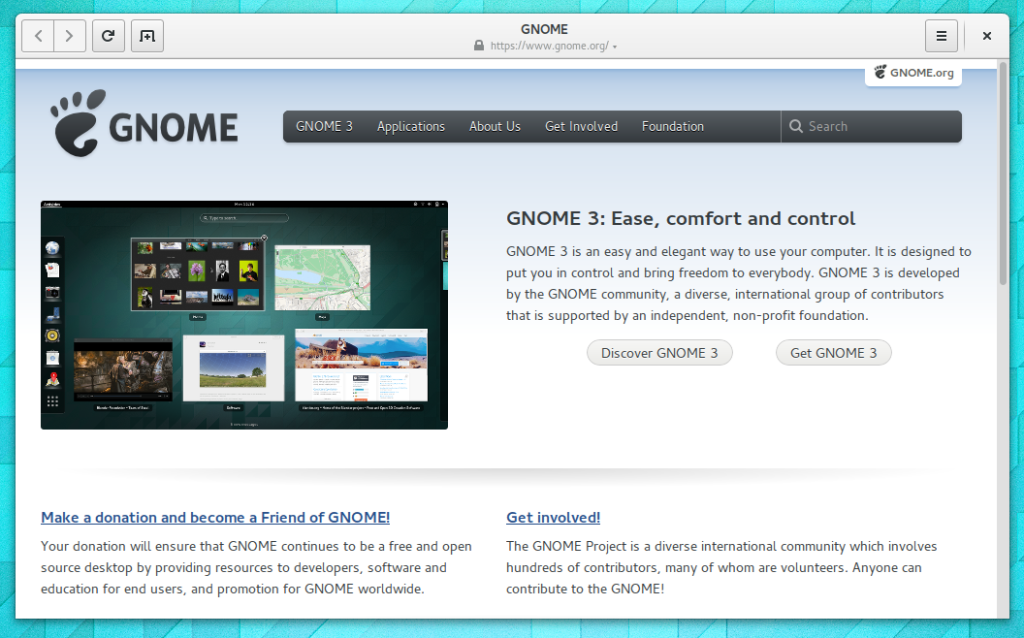